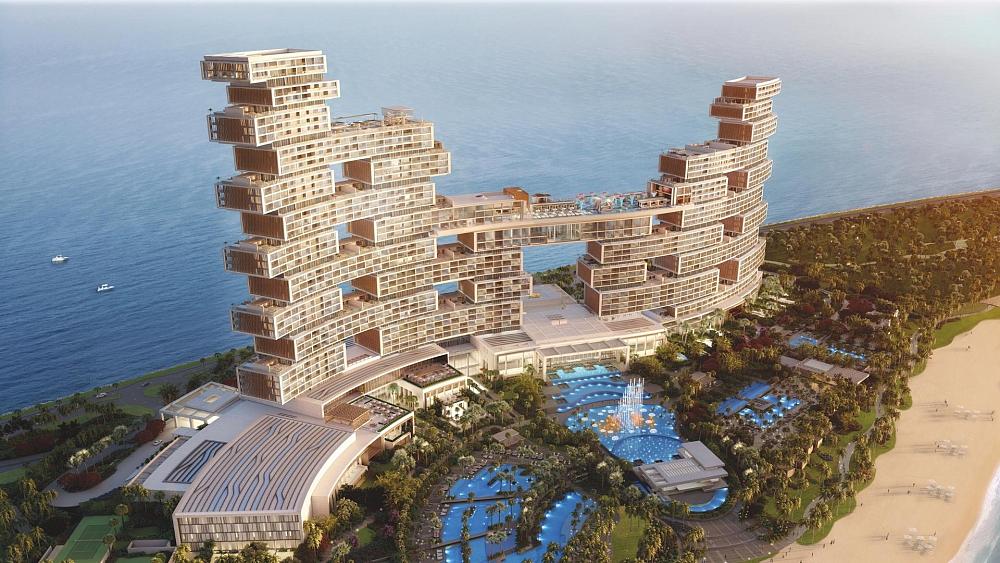 For visitors to Dubai, Atlantis, The Palm has always been top of the to-do list. With its iconic pink hues commanding attention from its position at the helm of the Palm Jumeirah. Now though, there’s a new kid on the block, and it’s taking the Dubai experience to extraordinary new heights.

Atlantis The Royal will open its doors at the end of 2022 during a star-studded spectacular, bringing 17 new bars and restaurants, a wealth of entertainment venues and even 4,000 jellyfish to the region.

“Atlantis The Royal is designed for a different type of customer,” says Managing Director and Executive Vice President of Atlantis Dubai, Tim Kelly

“It will have its own identity and personality with 44 villas in the clouds, each with their own infinity pool providing the next level of luxury and service in Dubai.”

Atlantis The Royal is a behemoth, spanning 17 hectares and housing 795 rooms, dozens of hospitality venues and 92 swimming pools – including a 90-metre-long sky pool that glistens almost 100 metres above Palm Jumeirah.

“It’s designed to be experienced from the inside looking out and that’s what’s very special,” says Kelly. “So regardless of where you are, whether it’s a room, a restaurant, a public space, or on the beach, you have this beautiful view of the Arabian Gulf or the Dubai skyline.”

With eight celebrity chef-backed restaurants, a list of unique culinary experiences and four bars and lounges, Atlantis The Royal will be a foodie destination in its own right. Combined with the 33 offerings at Atlantis, The Palm, the sister hotels will jointly create the most resort-operated food and beverage outlets in the region, with tantalising effect.

Highlights also include Nobu by the Beach for black cod served straight to the private cabanas and Little Venice Cake Company by Mich Turner for baked goods fit for royalty.

Meanwhile, the all-day dining restaurant Gastronomy will seat a mighty 960 guests. Diners can take their pick from 13 food stations including a seafood station, a butcher’s shop and a fresh pasta counter.