Union ministry of housing and urban affairs has notified changes in the Master Plan of Delhi-2021 for the implementation of Affordable Rental Housing Complexes (ARHCs) scheme even as the Delhi government is yet to implement the plan, officials aware of the matter said.

The ARHC scheme was announced by the Centre in 2020 to provide affordable housing to migrant workers across the country after large-scale reverse migration was reported during the Covid-19 pandemic. According to ministry officials, Delhi is yet to sign the Memorandum of Agreement with the Centre for the implementation of the scheme.

There are two models for the implementation of ARHC scheme --- allowing private players or government organizations to construct rental housing on their land or the central government renting out flats constructed under Jawaharlal Nehru National Urban Renewal Mission (JNNURM) and Rajiv Awas Yojana.

According to the gazette notification dated August 1, 2022, a government or a private agency will develop dwellings for ARHC scheme on a land measuring at least 2,000 square metres. The maximum ground coverage will be 33.3% and a Floor Area Ratio of 200 will be allowed. The height of the building will be subject to clearance from the Airports Authority of India and fire department.

“The amendment in MPD-2021 has been done as there are no development control norms for ARHCs. To promote ARHCs, the government has decided to allow it on all land use types such as commercial, industrial, residential, semi-public etc. The idea is to allow ARHCs to come up in areas where there is a large migrant population,” said a senior Delhi Development Authority (DDA) official.

The ARHCs should have a minimum of 40 dwelling units (single or double bedroom) of 30 or 60 sqm and dormitories along with basic civic infrastructure such as water, sewerage, shopping complex etc, the notification said. To ensure increased private participation, the government has decided to give additional FAR.

“A maximum overall FAR of 50% over and above the permissible FAR shall be given, free of charge. The incentivized FAR shall be used for construction of ARHC only,” the notification said. While the ARHC amendments are as per the Centre’s policy, the only deviation in the notified norms is regarding the lease period, said a senior DDA official, aware of the development.

According to the notification, the ARHC dwelling units can be given to urban migrants and urban poor, including street vendors, rickshaw pullers. It can be given to other service providers, industrial workers, migrant laborers or to market/trade associations, educational or health institutions, hospitality sector, long-term tourists/visitors, students etc.

But for private developers to apply for the Centre’s ARHC scheme, the state government will have to sign the memorandum of agreement, said a senior ministry official. “As of now the MoA has not been signed. Once the agreement is signed, developers in Delhi can apply for ARHC scheme and avail the benefits,” said a senior official.

To ensure that there is no legal conflict, the lease or licence rights have been restricted to three years. “A person will be allowed to live in the dwelling unit in ARHC for a maximum of three years. The license will not be renewed after three years, but he/she can get the licence in the name of other family members. This clause is not there in the Centre’s policy. But it has been introduced in the Master Plan so that there is no legal conflict,” said a DDA official.

While the amendment in the MPD-2021 will make way for construction of flats by private players, Ahmed said, the Delhi government and the Centre should expedite the process to allot close to 30,000 flats constructed under the JNNURM and other central government schemes.

In April this year, the Delhi government agreed to implement the ARHC scheme but it requested the Centre to exempt over 18,639 flats constructed under the Centre’s schemes for the rehabilitation of slum dwellers. The Delhi government paid half of the money for the construction, while the rest is paid by the Centre.

A senior Delhi government official said that of the 18,000-plus flats, the Delhi Development Authority (DDA) has requested the Delhi government’s Delhi Urban Shelter Improvement Board (DUSIB) for 9,535 flats for its in-situ rehabilitation project. For the balance 9,104 flats, DUSIB has taken relocation charges from various agencies and beneficiaries. Last year, the Delhi government and the then lieutenant governor had written to MoHUA to exempt these flats. 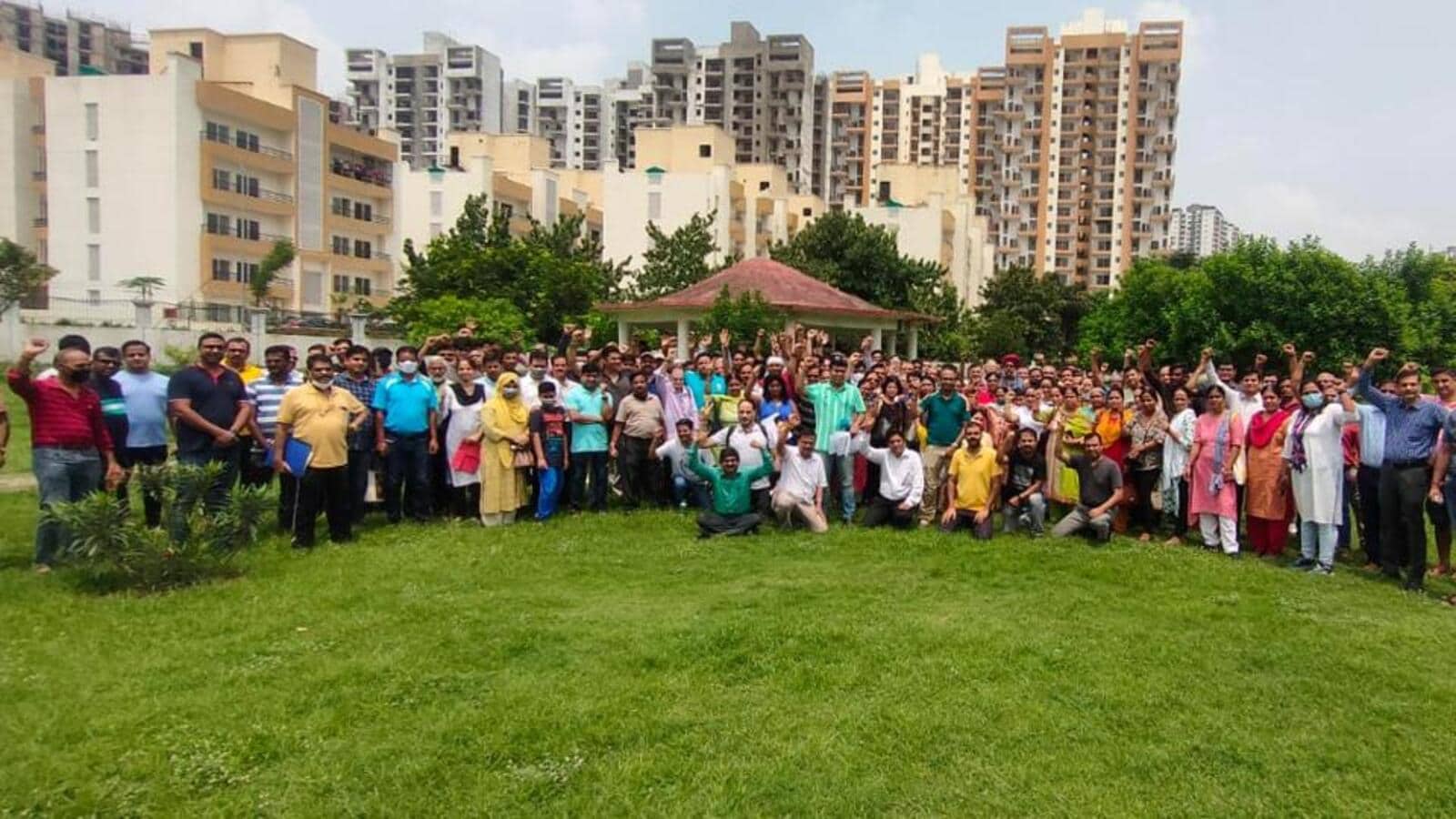 Prestige Estates to Sell Properties Worth Rs 12,000 Crore This Fiscal